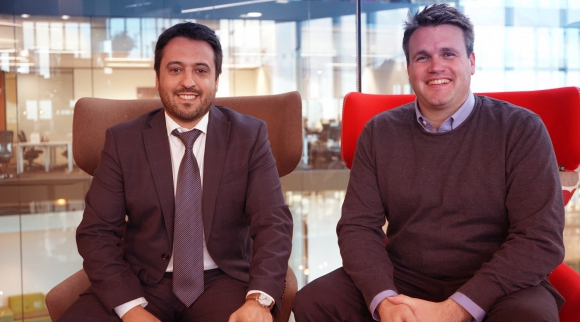 ServiciosYa! was selected by a special program in the United Kingdom which made it possible for it to land in Europe.

ServiciosYa! reached an international dimension: it started operating in London, from an office based in Paddingtong Central where other large companies such as Microsoft, Vodafone, Visa and Splunk have their offices too. This milestone was achieved thanks to the United Kingdom’s Department for International Trade, which helped it to settle in the country.

Diego Sayanes , CEO of the company, joined the UK’s Global Entrepreneur Program last year  , which seeks out prominent tech entrepreneurs from other parts of the world with global potential. He was the only Uruguayan who agreed to receive the support.

«The company installed its  headquarters  in the country’s capital, Uruguay became a subsidiary and the British one became the head office. England has an ecosystem of almost 80 unicorn companies, that is to say, the technological ones that reach a value of US $ 1,000 million; highly qualified staff, some of the best universities in the world and quick access to the European countries. In addition, we have the backing of the British government, whose collaboration has been invaluable. All this convinced us that it was an excellent place with great possibilities to set up our offices and start working from there, ”says Sayanes.

While for Uruguay and the region the company is deployed under the name of  ServiciosYa , in the United Kingdom and the rest of Europe it does so as  ServiceCity .

ServiciosYa defines its proposal from its name: it  allows you to solve problems such  as mowing the lawn, painting the house or repairing an appliance. To use it, you only need to download the app to your phone or log in to the web site. In a couple of clicks, you will find the service you need including its cost and you’ll be able to set up a technician’s visit according to your convenience. Additionally, you can make the payment directly through the app.

ServiciosYa differs from other similar business models by working only with professionals and not with individuals. «We will send our own technician or a duly constituted company, which has proven experience in the task it performs, with previously agreed quality guidelines. This is not someone who has some knowledge of the task, but experts. This allows us to generate a service of great value, both for the client and for our professionals ”, explained Sayanes.

Today the company has about 2,000 service providers throughout the country, who must go through a very rigorous selection process, where different aspects of the candidate are checked. «In order to be part of our Network, it is not necessary for technicians to pay a monthly advertising fee that entitles them to be on our site. By not having that commitment, we can choose the best suppliers and avoid sending those that we understand do not meet a certain quality standard. “

The type of requests they receive can be divided into two large blocks. On the one hand, emergencies (people who are left without electricity in the house, or suffer a breakdown in their vehicle, a locked lock). On the other hand, those other tasks that are preferred to outsource in the hands of professionals, such as cleaning the house, someone going to wash the car at home, bathing the pet, assembling a piece of furniture, fumigations or others.

Another great factor in favor is that the work carried out has a guarantee: «If after the service has been carried out, the client has any objection, we will return as many times as necessary to achieve their satisfaction, even if this implies sending a new technician. But if, even so, we fail to meet your expectations and you are not satisfied, we will refund the money, “he said. This system establishes a clear difference with other models that, in the event of a non-conformity, only a bad rating can be given to the service received.

We invite you to visit the  full article  published in the newspaper El País.